I must remember when watching “the news” that politicians and the media do not speak plain language; they speak the language of rhetoric

, often descending into propaganda. The intent of rhetoric is not communication, but persuasion. While there is nothing wrong with speaking to persuade, political speeches ofte 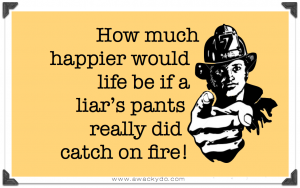 n begin on the virtuous path of clear speaking and then devolve into the quagmire of exaggeration and fabrication – propaganda.

It is our job to translate what we hear to determine if it has any value. If you listen carefully, you will hear many “facts” that are nothing more than statements pulled from empty air or are vague generalizations, and then conclusions are drawn from these fictions. The media does not moderate this farce, but rather thrive on the controversy. We are responsible and we suffer the consequences.

The words we hear that impact us most are not just simple words, but carefully crafted accusations and denigration twisted around and packed into one little word and then surrounded by other words to create an impact on the listener that is not actually contained in the words themselves.

It is our responsibility, and our lives depend upon this, to pay attention and tear apart the little packages thrown at us and figure out whether there is a prize inside or just another pile of bullshit. 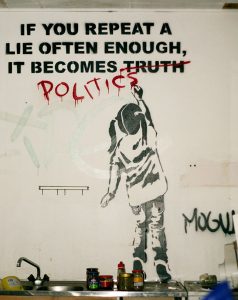 ##And then, of course, there is hyperbole.##